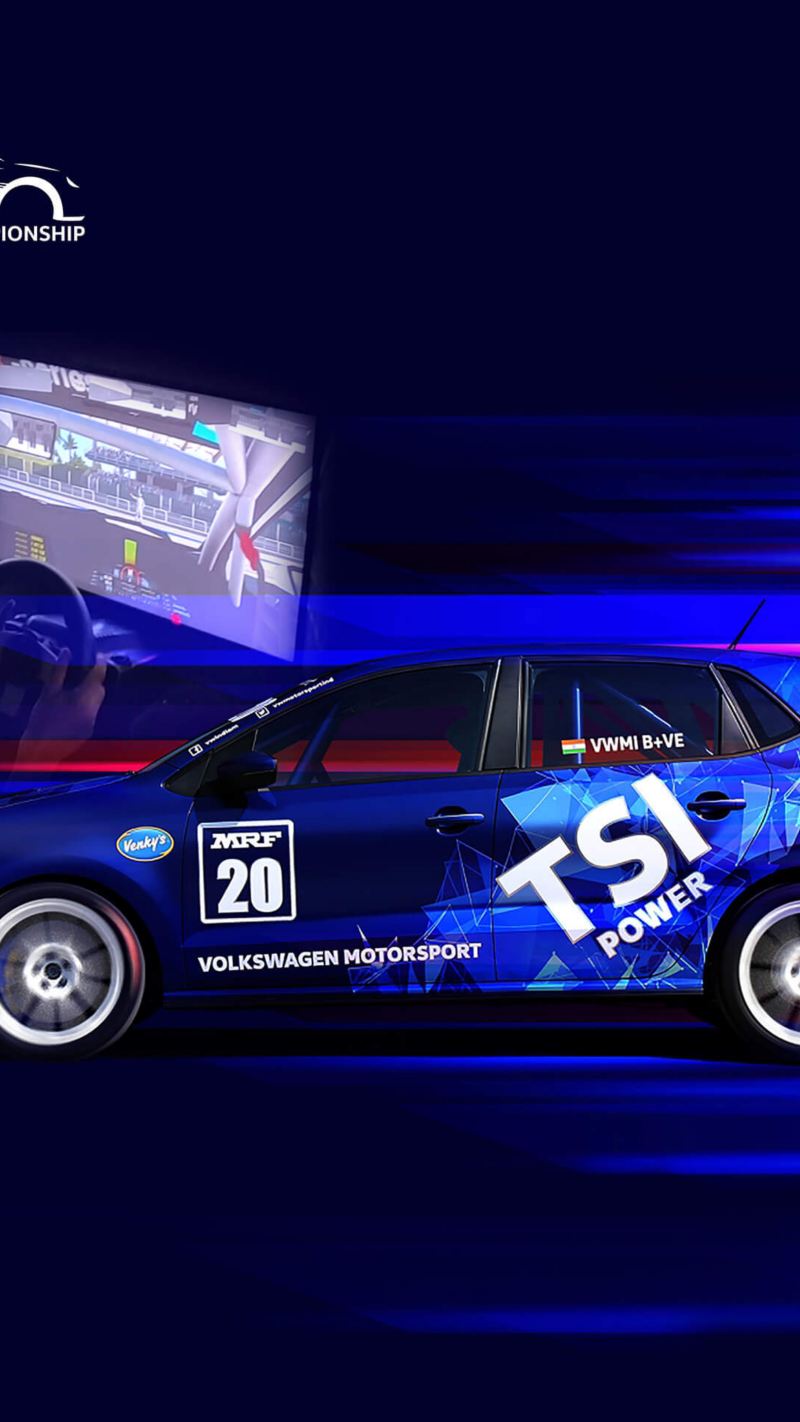 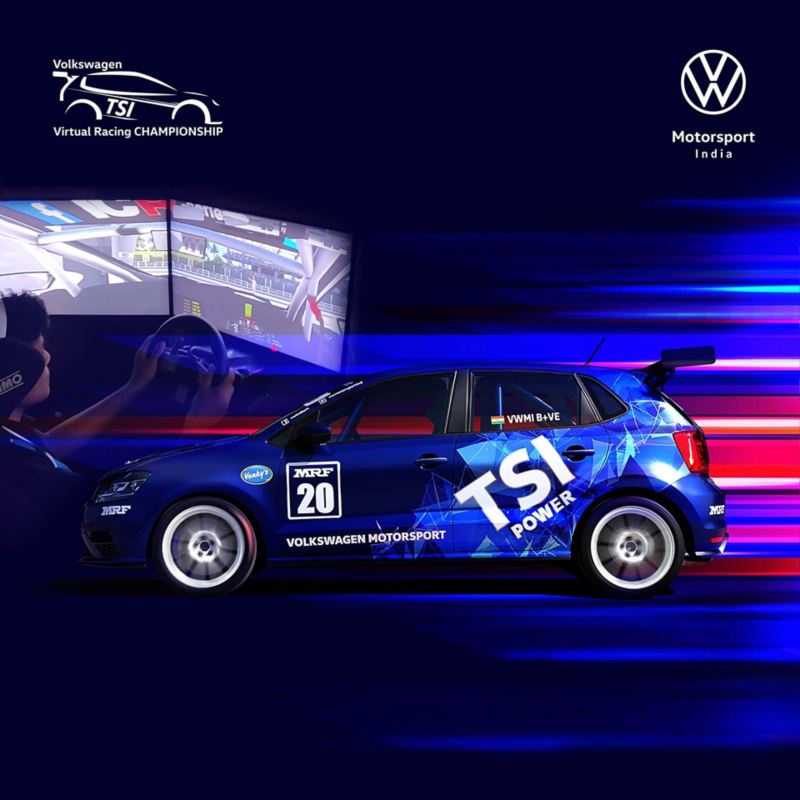 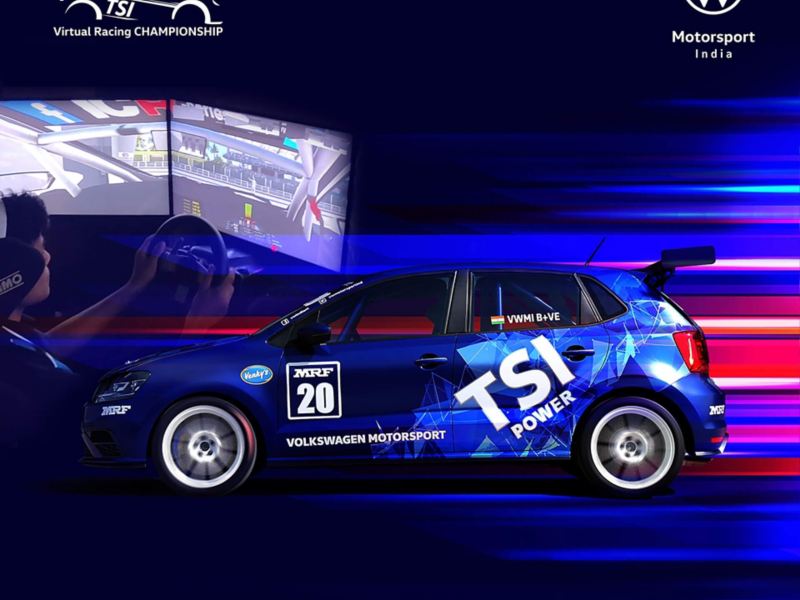 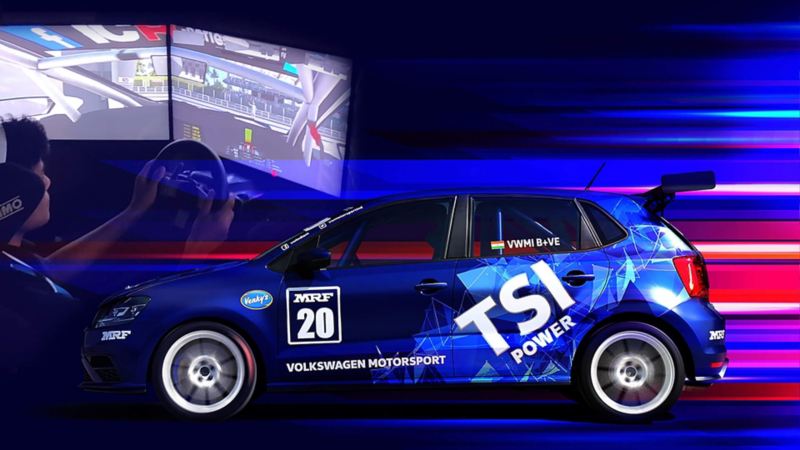 For years, Volkswagen’s one-make series has been synonymous with a fun-to-drive experience on the race track. This year, with the Polo Cup, the VMI team will be replicating the high driving standards and thrill through a virtual racing championship. Volkswagen Motorsport India will monitor the championship through race controls with officials to adjudicate on unsportsmanlike driving. Additionally, driver coaching and data enabled training will be conducted for interested contenders, who will have access to data from the game to help them analyze and improve their driving skills.

Aligned to the real racing format, VW-VRC will include five rounds with two races per round. Each round will further consist of three practice sessions for racers, one qualifying session and two races. The grid for the first race will be formed basis the qualifying session, while the grid for the second race will be based on the top 12 contenders finishing in the first race, being reversed for the start of the second race. Further, the format for points system for the VW-VRC will remain as the real world Polo Championship.

Commenting on the launch of Volkswagen Virtual Racing Championship, Mr. Steffen Knapp, Director, Volkswagen Passenger Cars India said, “At Volkswagen, pushing boundaries has always been in our DNA and we are proud to be the first Indian Championship to be accessible virtually. As the only global OEM in India with a history of running a one-make series for over a decade, it is our passion for the sport that has enabled us to innovate, make motorsport mainstream by introducing its virtual format to overcome the present challenging times.”

Speaking on the launch of Volkswagen VRC, Sirish Vissa, Head of Volkswagen Motorsport India said, “We are extremely excited to bring the thrilling experience of our flagship one-make Polo Cup series on a virtual platform through Volkswagen VRC. Keeping in mind the current scenario, we believe that the initiative will encourage young talents to showcase and hone their racing skills. This is a positive step for us as we aim to make motorsport racing accessible to all the aspiring racers and provide a platform to spot and nurture young talents into furthering their racing career.”

The selection process in the championship will be straight and simple for 26 racers. With no restrictions in the initial selection, interested participants can register by simply downloading the game. They can participate either using a keyboard (PC/laptop) or PlayStation. Basic training for all the participants will be conducted by the Volkswagen Motorsport India through webinars which will provide participants the opportunity for a few hours of practice sessions, followed by a chance to set their fastest lap time during a recorded session. One round of eliminations will be conducted basis the participants’ performance.

The final contenders for Volkswagen VRC will be the 10 fastest racers each from the Keyboard and PlayStation editions as well as the top six from the Pro-Class of the Indian e-Racing Championship.

The online registration for Volkswagen VRC begins from 10th August until 9th September, 2020, and will be followed by a stage 1 selection process on 19th September 2020.
Link to register

Your browser is outdated!

Please get a decent browser here or there